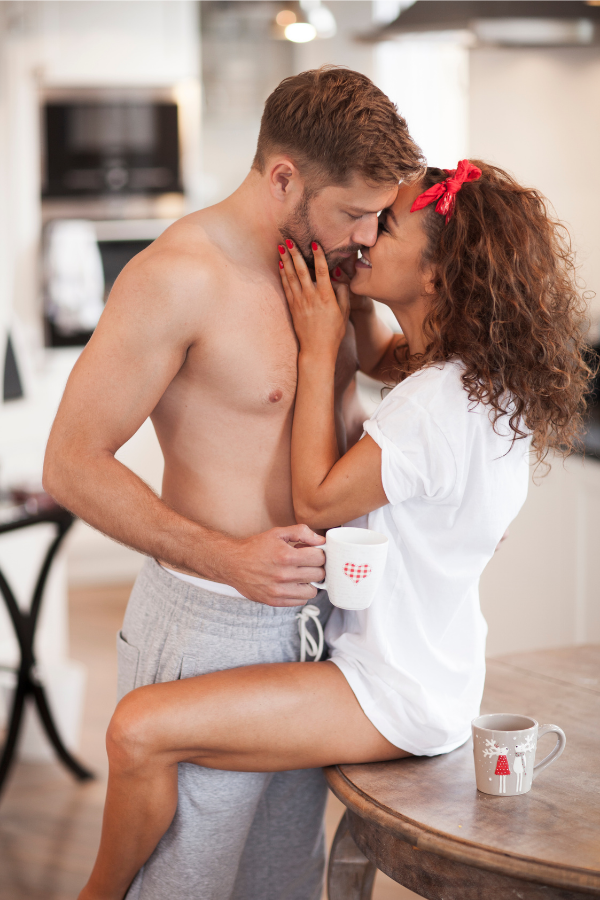 With considerable effort, I refrain from rolling my eyes. If I were in a bad mood, I might feel inclined to lecture him on the facts. But I don’t. Instead, I offer him my widest smile. “No. As I explained, I write romance novels.” I don’t bother with the conversation beyond that. Instead, I turn around and saunter away.

There are a few theories for why romance novels are viewed as trashy (that word makes my blood boil! Whoops, another cliché!), with misogyny being one of them. Once upon a time, not too long ago, women weren’t encouraged to read books that suggested she should receive any pleasure (heaven forbid). I won’t argue against this as a point, but I will say this: I receive far more condescending comments from women than I do from men.

I’ll be honest. I find the comments from other women the hardest to swallow. Particularly from women who, in learning that I’m not only a romance author but an avid romance reader, reply with something like … “Oh, I prefer to read books that empower women, not reduce their lives to nothing more than a love story.”

There are many ways I could respond to comments like that, mainly that romance novels do empower women. But from the way they stare at me as though my love for romance novels has somehow rendered the entire women’s rights movement redundant—as though romance novels are the very thing that entrap women to the gender-specific stereotypes we’ve been fighting against since the dawn of time—again I choose to smile and nod and leave the topic alone. Because explaining that romance novels focus on strong women who are in control of their own lives, not only emotionally but sexually too, controlling who they love, when they love and how to love, I sense my points will be ignored.

But romance books are SO predictable. Don’t you want to read something worthwhile … something that makes you think? I mean, there’s actually really important stuff going on in the world.

In case you haven’t heard, romance novels have a Happily Ever After. This is a defining aspect of a romance and it cannot be called so without one. Yes, there is hardship, grief, hurt and pain along the way, but it must end with the couple together, having worked through whatever emotional trauma stood in their way. It’s this very formula that romance readers love so much. They want that predictability. It’s not ignorance of worldly issues that drives this, but escapism. It’s the very fact that we do know what’s going on in the world—all the doom and gloom and sadness—and for a few precious hours a week, we seek to retreat into something that is guaranteed to make us feel better.

Is there anything wrong with that?

During World War II, sales at Mills & Boon—a major romance line—skyrocketed. Why? Not because readers weren’t aware of the issues affecting the world around them, but because they were aware. More recently, romance sales went up at the start of the COVID-19 pandemic. In lock-down with nowhere to go? Why not get lost in a book filled with passion and love … and sex, if that’s your thing. Or no sex if that’s your preference.

I’ve never tried to convince someone to become a romance reader. I just don’t understand why so many people feel inclined to comment on me being a romance author. It’s a genre that seems to attract very strong opinions, and I often wonder if other authors are subjected to the same judgement. I’ve never heard anyone say, ‘Oh, you write Sci-Fi, do you? Why don’t you get out of space and into the real world?’

Most times, I ignore judgemental comments. The stereotype surrounding the romance genre isn’t something I’m usually in the mood to debate with random people. So, if you do have an opinion about the genre I love, please be kind and keep it to yourself.